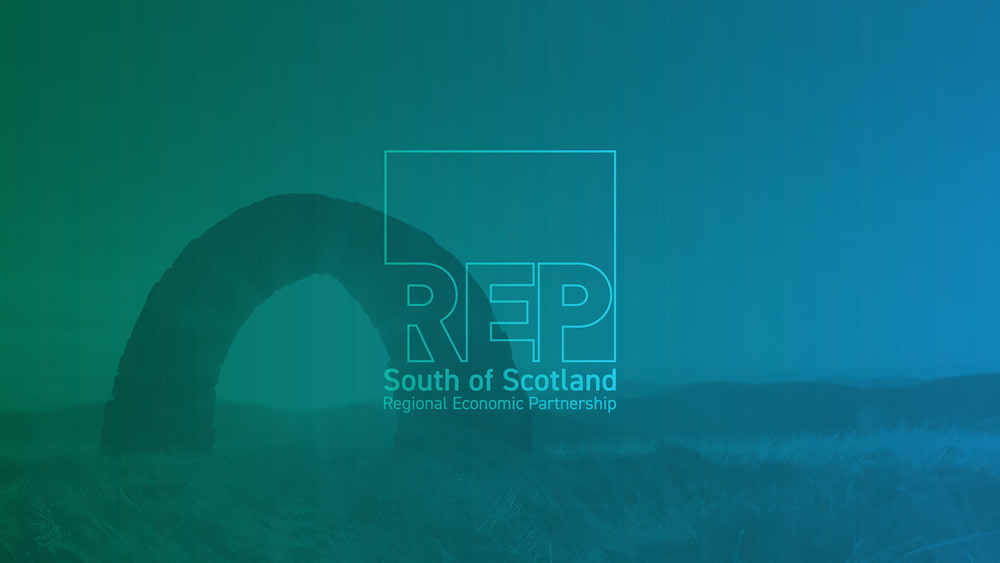 The time is now for the South of Scotland as the region takes a key step towards having its first ever Regional Economic Strategy (RES) with a summer consultation planned on a draft strategy which sets out a compelling vision and priorities for the region.

The draft document has been shaped by analysis, evidence, and extensive engagement on behalf of the new South of Scotland Regional Economic Partnership (REP).

The REP, which brings together key partners from across the Borders and Dumfries and Galloway, first met virtually in September and agreed that its immediate focus needed to be the development of a South of Scotland wide economic strategy. That strategy would shape the region’s future economic direction to set out a clear, collective, and compelling vision focussed on long term outcomes.

Between February and March, significant engagement took place with those who live, work, and operate across the South via themed discussions, direct interviews, surveys, and online drop-in sessions to help shape the strategy.   Just under 1000 people contributed their thoughts.  Following this, work has taken place to bring together information into a draft strategy and to make it available for public consultation ahead of being finalised which is planned for September.

At the REP’s meeting on Tuesday 8 June, it was agreed that the Strategy should be put forward for endorsement by both Councils and South of Scotland Enterprise (SOSE) and, if agreed, should then go out for consultation.

Chair of the REP and SBC’s Executive Member for Economic Regeneration and Finance, Mark Rowley explained:

“The Regional Economic Partnership’s clear priority at the outset has been to develop a collective vision, reflecting what people in the South want to see.

“We have listened carefully to people across the South about their future hopes for our region.   The scale of this has been extensive, both in terms of the range of individuals, businesses and groups who have taken part, but also the detail of the information that we have gathered.

“The scale and breadth of this has been absolutely key in shaping the draft strategy helping us set out what makes the South special and why the time is now for the South of Scotland.

“We really want to build upon that engagement going forward into the next phase of engagement.

“The draft strategy has taken this in-depth feedback to set out our clear collective vision that in 2031 the South of Scotland will be green, fair and flourishing and that our values will be around sharing prosperity, thinking differently, making the most of our potential and pioneering environmental responsibility.

“We want to see a South of Scotland in 2031 that is exemplified by its outstanding natural beauty and cultural heritage, diverse economy and resilient people. We want it to be an area with thriving communities, proud and confident from young to old, benefitting from the quality of life on offer and making best use of technology.”

The draft Strategy identifies six themes, with a clear set of priorities under each. The themes are:

“I am delighted that REP recognises the importance of a highly-skilled workforce in the South of Scotland to realise the economic potential of the area.

“The team at Borders College look forward to working with all of our partners to help deliver on the six themes identified within the strategy”.

Depute Leader of Dumfries and Galloway Council, and joint chair of the REP, Rob Davidson explained:

“A huge amount of work has gone into developing the draft Regional Economic Strategy and I would really like to thank everyone who took the time to take part in the first round of engagement which has allowed us to shape the draft that we now have.

“We really want to seize the moment and grasp the opportunity a RES presents for the South of Scotland.  Our focus has always been to create a strategy that endures across the long term and brings a fresh and place-based approach responsive to the South’s circumstances.

“Despite the challenges of COVID-19 we want to continue to listen and reflect what matters to those who live, work and operate across the South so we would encourage everyone to take part in the consultation when it is launched.”

“We are extremely ambitious for the South and are very proud of this draft which we hope residents, businesses and communities take the time to read, think about, and endorse our vision for the South.

“We have a fantastic opportunity, despite all the challenges we have faced over the last year, to commit to working collectively on this strategy and putting the South of Scotland firmly on the map.

“If endorsed by our Board as well as the two Councils, the plan is then to ask everyone to take the time to give their views because this strategy will be the foundation for the future of the South of Scotland.”

“The Scottish Government is committed to building a sustainable and green economic recovery from the COVID-19 pandemic.

“We welcome that so many people have come together to plan a prosperous future for communities across the South of Scotland.”

The draft strategy will be presented to SOSE’s Board on 17 June and council meetings of Scottish Borders Council (SBC) on 17 June and Dumfries and Galloway on 24 June, for endorsement for a summer consultation over July and August.

If fully endorsed by SOSE, SBC and D&G Council, the consultation will be launched early July where there will be the opportunity for everyone to give their views.  ­­­