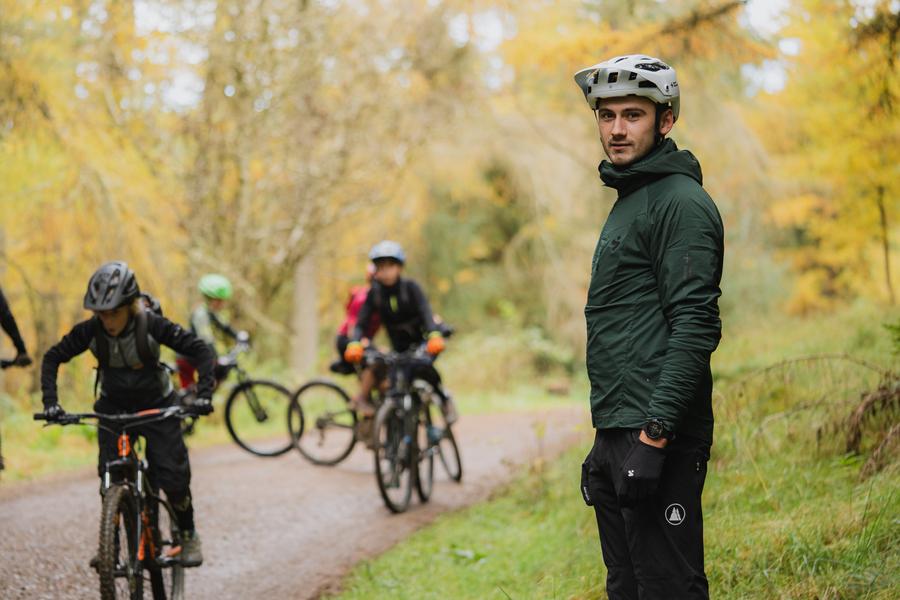 I learnt to ride a bike at three years of age, did my first wheelie at four, started building my own trails at 9, began racing at 12… “what’s next?” was the question I asked myself. How do I achieve my goal of racing world cups, travelling the world and riding my bike as a profession?

At fifteen years old I was competitively racing downhill in the youth category and I had my targets set on World Cups in the following years. I knew I had my work cut out. I knew that to have my best chance possible I needed: support, advice and more than anything, a positive environment. There are many routes a young rider can choose to achieve a goal like mine. For me it was the Dirt School BASE course, so, following in the footsteps of several riders I looked up to, I put my application together and was accepted onto the course. 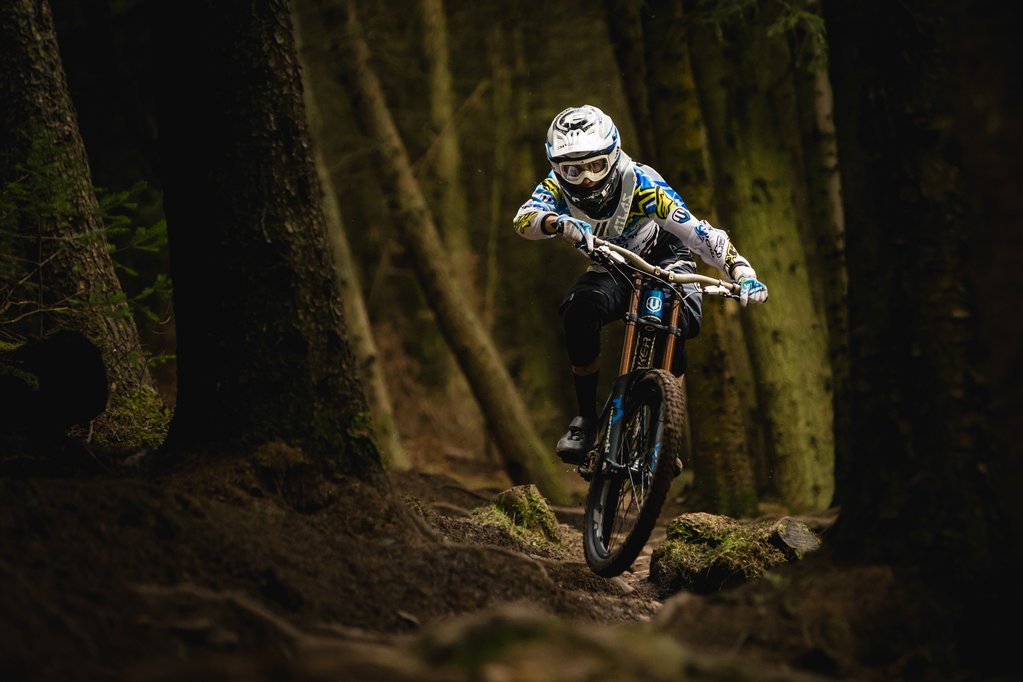 Fresh out of high school, I joined BASE in 2012. Instantly I felt the pieces of the puzzle slowly start to come together. Being given a strength and conditioning programme, technical coaching on the bike along with the written coursework that covers many key elements of being an athlete such as sports psychology and nutrition was perfect for me at that time in my life.

I completed two years of the BASE with Dirt School and came away not only with multiple career highlights such as a Scottish and British Champion title, a professional contract to race downhill world cups for MS Mondraker Team, I also came away a far more experienced and grown up and mature adult equipped with many lessons I don’t feel I would have learned until much later on in life. It was these small details that I would never have expected to take away from a performance course such as BASE but am so grateful that I did.

Looking back at my time as a student and reflecting on it now, I realise that the opportunities and positive mindset that the course gave me. The mentors and coaches I worked with along the way added significant value to my time as a young athlete, and have had a positive impact later in life too.

Now, sitting at the desk of the Dirt School office as part of the team I feel incredibly proud. To go from young rider, being coached by the best in the business to now having the opportunity to pass on my knowledge and experience to our current BASE students (and private clients alike) as a coach myself is so incredibly rewarding.

The relationships I built with the Dirt School coaches were some of the best influences I have had as a young adult. When I read that Dirt School were hiring for a new coach in 2019 I knew immediately I wanted to be a part of the team. One email later I enquired about what I needed to do to become employable. Andy came back to me with some info and links to the resources and qualifications I needed to make this work so I went away, booked myself onto the leadership, coaching and outdoor first aid courses and came back a few months later ready to go, and start my training as a Dirt School coach...

Now, 18 months on from that initial email I’m more grateful than ever for Dirt School and I’m excited to continue the journey from coached to coach, even further.

BASE applications are now open for our August 2021 intake - find out more here.