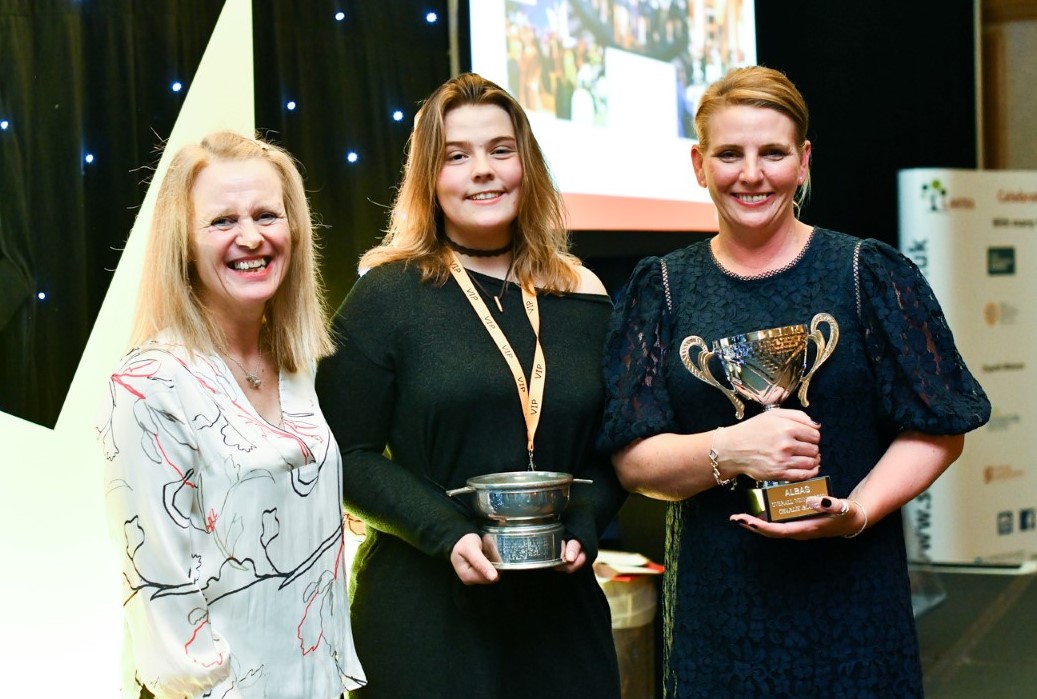 Charlie (centre) picking up her award at the recent ALBAS.

21-year-old Charlie Blance, a talented gamekeeping trainee from rural Perthshire, is one of the country’s rising stars in game and wildlife. And after only a few years in the industry, her achievements have been recognised at Lantra Scotland’s ALBAS (Awards for Land-based and Aquaculture Skills), where she took top prize for overall winner of the prestigious awards.

As one of the few women working in the sector, Charlie is keen to see a more diverse workforce and feels she can help make this happen by showing others what she can achieve.

“There are definite challenges to being a woman in gamekeeping. It has always been a male-dominated industry, so you have to work hard to prove your worth. But being a woman working in gamekeeping also has its advantages. For example, I don’t have the physical strength of some of the men, so I have to find more efficient ways to do things. I use brain rather than brawn, and in the long run, this will be better for my body. We also bring a unique perspective and way of doing things which I think is refreshing and something the industry could do with more of. Women offer a great deal and are an asset to this sector.”

Charlie started off her career studying for an HNC in Gamekeeping and Wildlife Management at Borders College, before securing a placement on the Isle of Rum with Scottish Natural Heritage. A positive experience at Borders College helped convince her that gamekeeping was the right career choice.

“Alan and Garry, my lecturers at Borders College, were an inspiration to me. They desperately want their students to succeed and will provide all the resources necessary to make this happen. If you express an interest in something, it doesn’t matter how small, they will link you to a person or a book that will help you take your interest further. There’s no discrimination against those who don’t fit the traditional mould of a gamekeeper, and it was a great environment to learn in.”

Charlie’s placement on Rum solidified her interest in conservation and working with wildlife. She continues: “Rum was a great experience and gave me a solid grounding in many aspects of gamekeeping. While on the island, I took part in woodland stag and hind culls, as well as the management of feral goats. I also got the chance to monitor various wildlife species, including the Red Throated Diver, Manx Shearwater and goats. Knowing what species are on your ground is a major part of a gamekeeper’s job, and monitoring and tracking are useful skills to have in your toolbox.”

Following her time on Rum, Charlie secured a six-month contract at Dunan Estate on Rannoch Moor, where she honed her skills and gained more practical experience. This included taking guests stalking during the culling season and undertaking maintenance work in the shoulder months. Following her time at Dunan, Charlie was offered a job working as a deer and river Ghillie on Benmore Estate in Sutherland, where she is now. As Charlie has gained more experience, she has learnt more about the conservation aspects of the role, a factor that is not always widely recognised.

“The conservation side of gamekeeping really appeals to me. Country sports give natural spaces such as moorland, hedgerows and mixed woodland a reason to exist, ensuring a diversity of habitats. On the estate I’m working on now, we take active steps to promote biodiversity, removing invasive flora species, providing dead wood for microfauna and engaging in predator control to protect ground-nesting birds. It’s a hugely satisfying job.”

The role of a gamekeeper offers many benefits, from the freedom and good health that comes from working outdoors to meeting a diverse range of people and developing a whole range of useful skills. But for Charlie, the simplicity of being outside and witnessing the wonders of nature is often enough.

“I love being outside and seeing wildlife in action. Just the other day I was in the Glen to check on a dead deer. I was trying to find out which predatory species are living in the area, which you can do by studying the carcass. The quad bike track runs alongside a river where you’re guaranteed to see dippers working away. On this particular day I saw three of them, as well as an old Heron fishing on the river bank. When I got to the deer, a horde of hoodie crows erupted into a flurry of black feathers, and from the crowd, a female golden eagle appeared. She soared above the glen, before being joined by her mate. It was amazing to watch and reminded me of why I love this job. I also often see a sea eagle from my kitchen window. It’s a grand view to share a coffee with.” 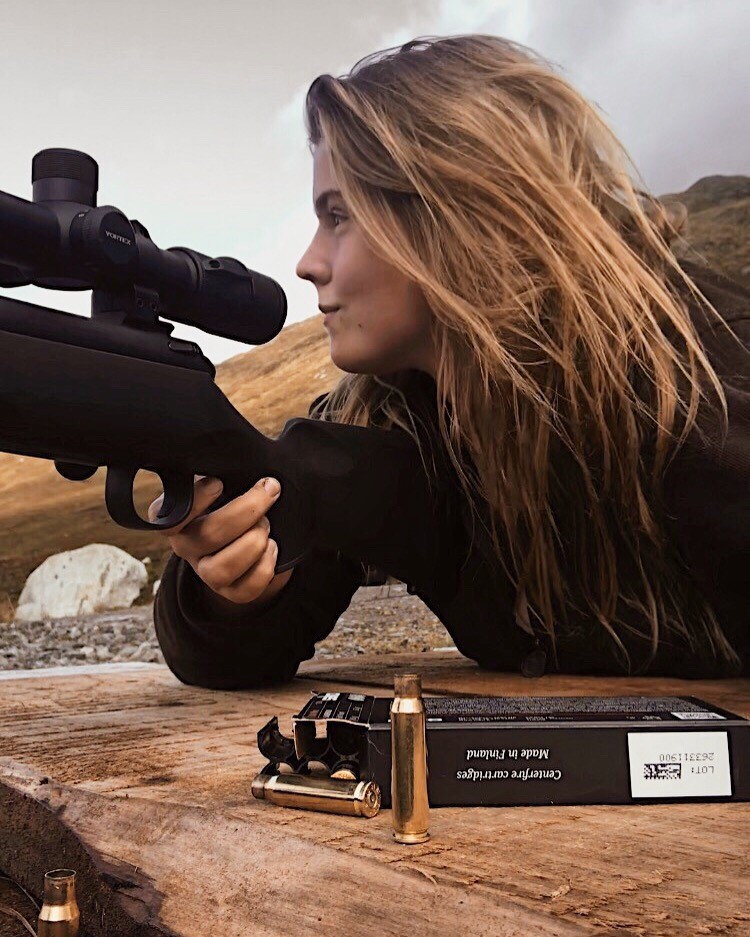 As if the role of a gamekeeper isn’t busy enough, Charlie finds the time to pursue other business interests. In true entrepreneurial spirit, she has set up her own online shop on Etsy, selling by-products from deer culls, as well as art and vintage décor items. Charlie is currently working on a new website for the business, which she hopes to launch this summer.

“I started my business in College to help make ends meet. I began by selling animal skulls and antlers online. I soon realised there was a big demand for these kinds of items, so I branched out and set up an online shop. From there, it’s gone from strength to strength. I also have a bit of an Instagram following where I talk about wildlife and conservation issues. My community also happens to like the products I sell so it’s been great.”

For such a talented gamekeeper and entrepreneur, the future looks bright. Charlie has plans to become a head stalker. She also wants to continue to use her online status to promote the benefits of gamekeeping and wildlife management. As winner of Lantra Scotland’s ALBAS, she is also an ambassador for her industry and is keen to encourage others to follow in her footsteps.

“I think it’s important that we promote gamekeeping to future generations. There are many species that rely on the work we do to survive. Without funding from hunting, I believe the existence of moorland and native woodlands would be under threat. Without hunting, many of these areas would become Sitka plantations, a non-native crop that cannot support a diverse range of habitats. I’m also a big believer that working outside is good for you. Getting away from computer screens and breathing in fresh air, being surrounded by nature and working with your hands is a basic human need, and ensures we remain physically and mentally healthy.”