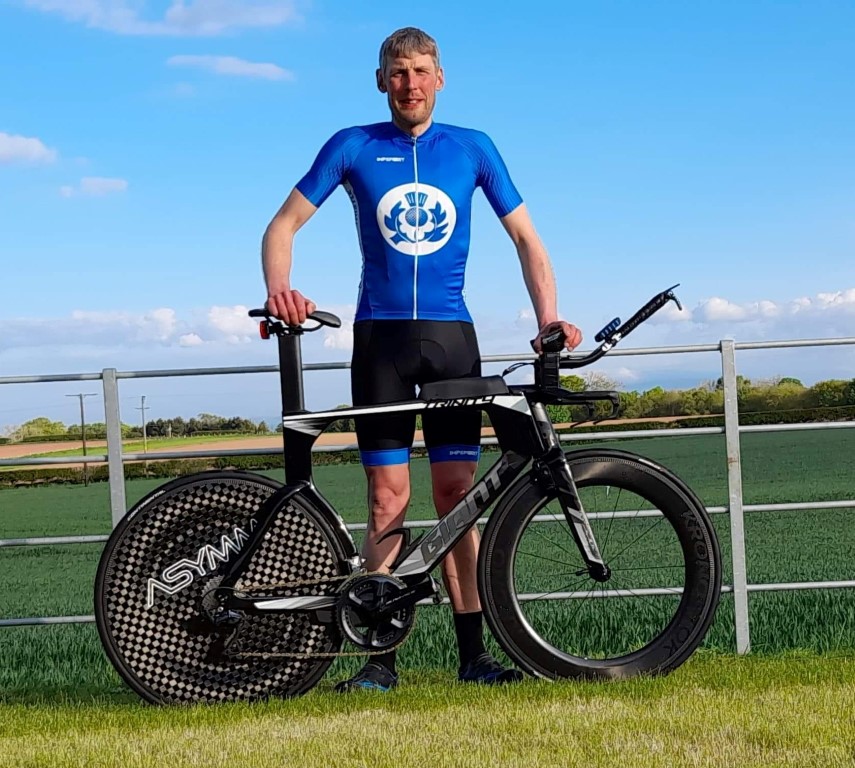 A former Borders College student is celebrating after smashing the world record for the fastest cycle ride around the famous tourist route North Coast 500.

Robbie came down from Durness 20 years ago to study Agricultural Engineering at the former Borders College Duns Campus. After being offered a work placement at Duns-based John Thorburn & Sons, he decided to stay in the Borders and is now a foreman with the same company.

He aimed to reach £516 – £1 for every mile of the trip but is standing at over £3000 at the moment and one notable contribution was from Mark Beaumont, who was the first person to set a record on the North Coast 500 at 37 hours and 58 minutes.

Mark was later beaten by Commonwealth Games medallist James McCallum, with a time of 31 hours and 23 minutes. Josh Quigley then did it in 31hrs and 17 mins - 6 minutes faster than world record holder James McCallum.

Robbie was followed around the event by the WUCA (World Ultra Cycling Association) officials, who verified the record attempt. Delighted at his phenomenal achievement, Robbie commented:

“Never in my wildest dreams did I think it would catch the attention of so many people. So many things happened on the ride it's still a blur and will take time to soak in. But I genuinely couldn't believe the amount of people who have gone out of their way to wish me luck.

“I didn't take up cycling until I was in my 30s, yes it's maybe become a little addiction in the last few years but there is a challenge like this in every one of us, you just have to want it enough and put the work in.”

After arriving back in Inverness, he asked his long-term girlfriend Ann Lindsay to marry him, and she said yes! Ann is the daughter of Borders College employee Nella Feeney, who works as an Administrator at the Newtown St Boswells campus.

Well done Robbie – a fantastic achievement both on and off the bike!