Borders College has supported a plan to create a fairer, greener and flourishing South of Scotland.

The first ever South of Scotland Regional Economic Strategy has been shaped by a series of consultations through which over 1,400 voices were heard – including those of 300 young people - from all parts of the region.

The 10-year vision is the work of the South of Scotland Regional Economic Partnership (REP), which is made up of representatives from a wide range of organisations, sectors and groups who are based in, or work across the region, including Borders College.

The strategy seeks to draw a renewed focus on the region’s exceptional quality of life and natural environment, to attract a new generation of people to live, work, learn, visit and invest in the South of Scotland.

Following the latest consultation this summer, the final strategy has been amended to place a greater emphasis on the importance of the South of Scotland’s Just Transition to NetZero - which means ensuring that as we reduce our emissions, the journey is fair and creates a better future for everyone.

Recognition of the importance of issues such as sustainable travel, reducing deprivation and poverty, retaining wealth locally and increasing the region’s global reputation have also been strengthened.

To realise the region’s overall ambition, the RES has six priority themes:

For each of the themes, a series of focussed actions are now being developed as part of an accompanying delivery plan by the REP, which is to be published later in the year.

The REP first met virtually in September 2020 and agreed that its immediate focus needed to be the development of a South of Scotland-wide economic strategy.

The strategy has also been shaped by analysis and evidence, alongside the extensive engagement which had a strong focus on capturing the voice of young people. This is reflected in the video created to help launch the strategy, which is narrated by one of two modern apprentices working on the REP.

“We are delighted to have been involved in the development of the RES which is closely aligned to our own, recently published, Strategic Ambition.

“As a significant provider of skills development in the South of Scotland we are committed to providing innovative, life-changing learning opportunities that prepare our students for the future.

“In addition, to ensure a Green and Sustainable Economy, our Sustainability strategy outlines how sustainability will be at the core of who we are and what we do and will shape and drive everything that happens at Borders College.

Working collaboratively we will continue to contribute to the economic regeneration of the South of Scotland and beyond.”

The final South of Scotland Regional Economic Strategy is now available to view at www.southofscotlandrep.com. 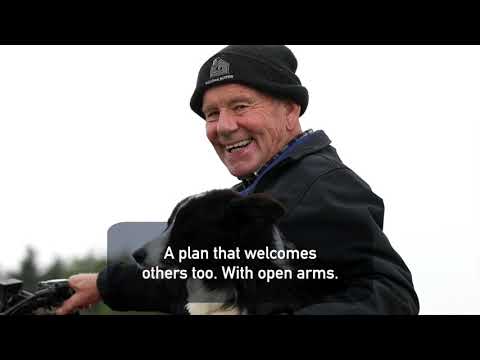