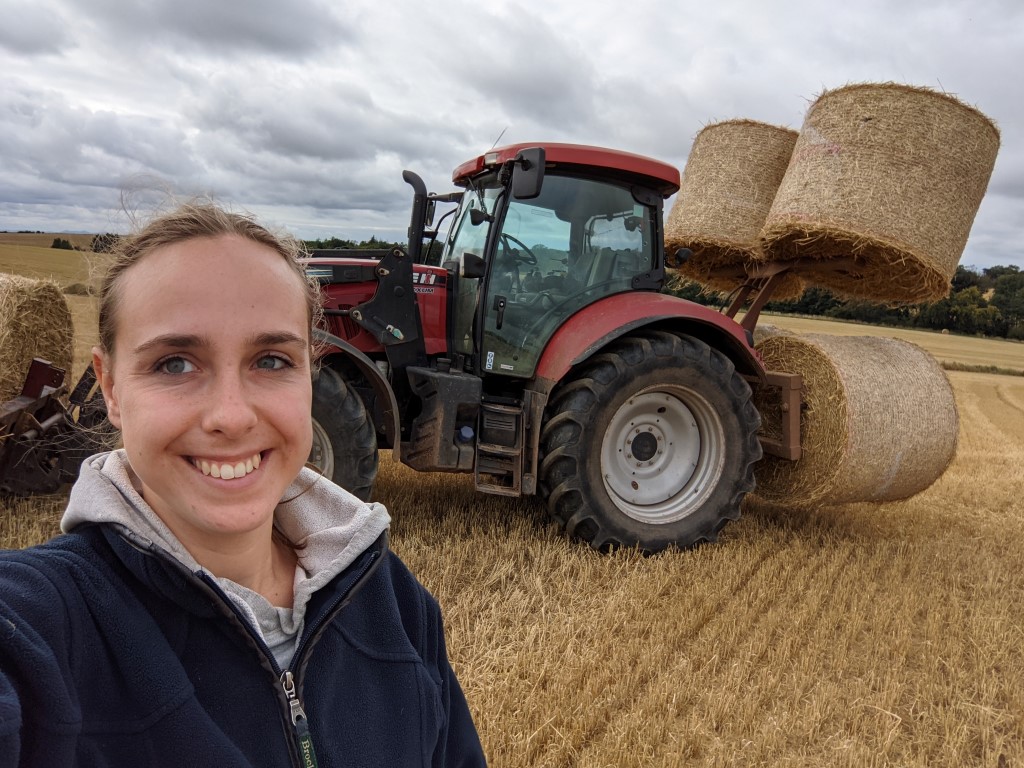 Borders College Agriculture student Alicja Blaszczyk had an exceptional night at last night’s ALBAS, held at the Doubletree by Hilton Hotel Dunblane Hydro, after being announced as the winner in three categories – a brilliant achievement by the Modern Apprentice.

Staff from Borders College, as well as family and friends, were delighted to learn of Alicja’s success, with her winning in the categories for Agriculture, Modern apprentice of the Year, and the CARAS Award.

To add to this with three wins for Alicja is a testament to the hard work and dedication of the Borders College students and staff.

As well as Alicja’s success, the College along with Tilhill Forestry were also announced as Winners of the Anna Murray Award for Partnership Working so it turned out to be a great night for everyone involved. 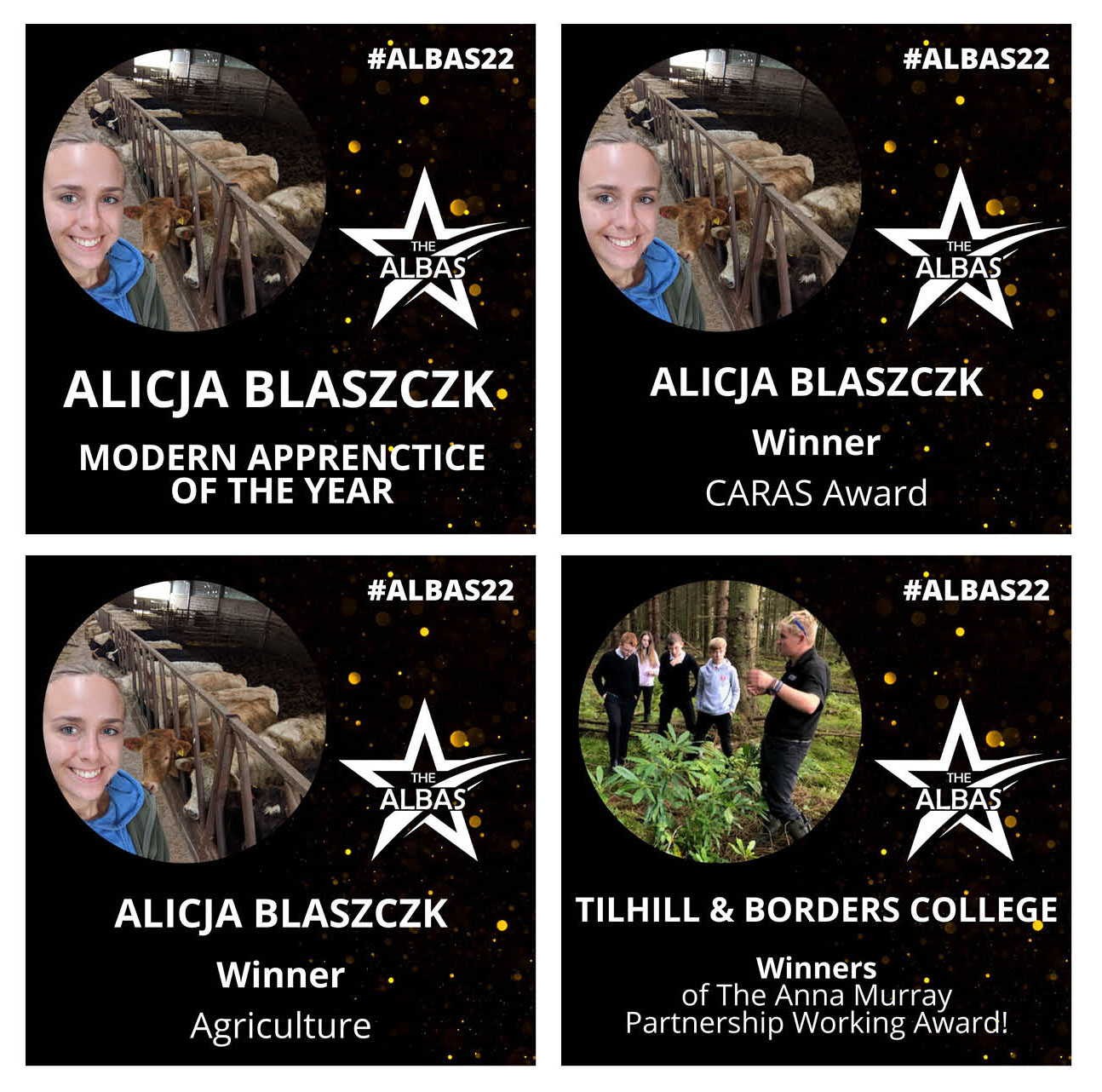 “Wow, what a night for Alicja and the College. I’m delighted for Alicja, who deserves the recognition for all the hard work that she has put in. I am sure the staff and students that work with her will join me in congratulating her on the three fantastic wins. I am also delighted for the College as a whole with our success in the Anna Murray Award for Partnership Working.”

The finalists for ALBAS 22 were chosen by an independent judging panel made up of influential figures from across the land-based and aquaculture sector, chaired by Keith Paterson of Forestry and Land Scotland.

These annual awards recognise the achievements of individuals, employer partnerships and training providers in land-based and aquaculture, as well as raising the profile of training and employment opportunities and highlighting the benefits to employers of a well-trained and highly skilled workforce.

Borders College would like to congratulate Alicja on her success, as well as the staff for their contribution to an overall successful night at the awards. Well done everyone!