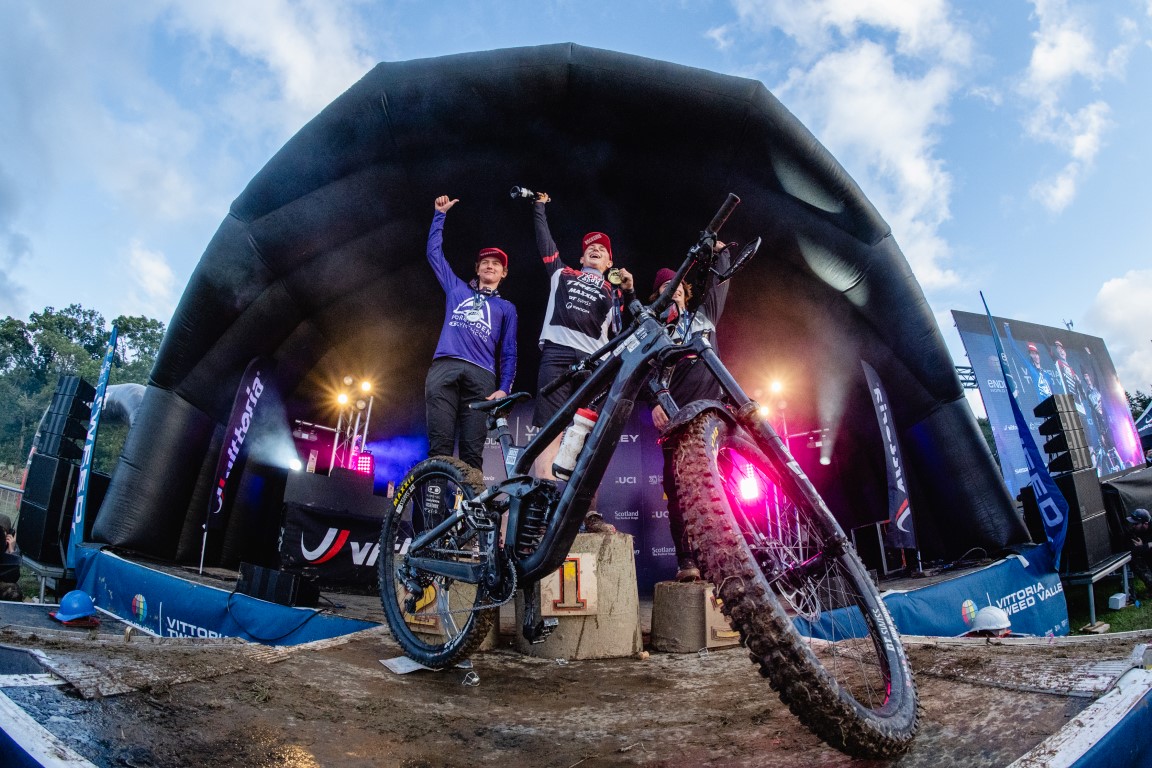 It’s claimed to be the highest level of enduro racing on the planet, one of the hardest to win titles in the sport of Mountain Biking and our BASE students were right up there with the best in the business at the recent Enduro World Series (EWS).

Innerleithen, part of the 7 Stanes and considered some of the best trails in the UK, set the stage for the long-anticipated EWS and our former and current Mountain Biking students put on a great show to say the least, with the following results:

In Saturday’s EWS 100 U21 race, over 50% of the top 20 were current or former College BASE students, with Ronan White taking first place, Lewis Brown in second place and Liam Clement coming in third.

Saturday’s EWS 80 Men’s race saw Ben Balfour take a well-deserved first place and in the EWS 80 U21 race, Brogan Bursill managed to come in on the number two podium spot.

Sunday’s Pro Woman’s race was one of the highlights of the competition and our very own Polly Henderson took a brilliant first place.

Former student Jake Ebdon, whose sister Ellie also studies on the BASE Mountain Biking course, came in third on Sunday’s Pro U21 race.

Andy Barlow from Dirt School, with whom the College run the course in conjunction with commented:

"Wow, what an event! There were BASE students literally everywhere and it was fantastic to see them putting their riding into practice at such a world-class event. I’m super proud of all the students who have come through the ranks on our course.”

Taking place over eight rounds spanning from the high Andes to the Ligurian coastline, from the fern forests of New Zealand to the lush cedar and loam of British Columbia, the EWS represents mountain biking at its best and its most diverse.

“We had current and former students coming over to say that they'd learned so much from BASE, including this message from last year’s student Brogan Bursill:

“Just like to thank you and the whole crew at Dirt School. I didn’t realise how much BASE had taught me. Yesterday was the first time I got to put everything I'd learned into practice in a race situation and I've been blown away by how much of a difference it's made to my riding when racing. Cheers."

“After a difficult couple of seasons, it was amazing to see so many of our riders really stand out. A huge well done to everyone involved!”