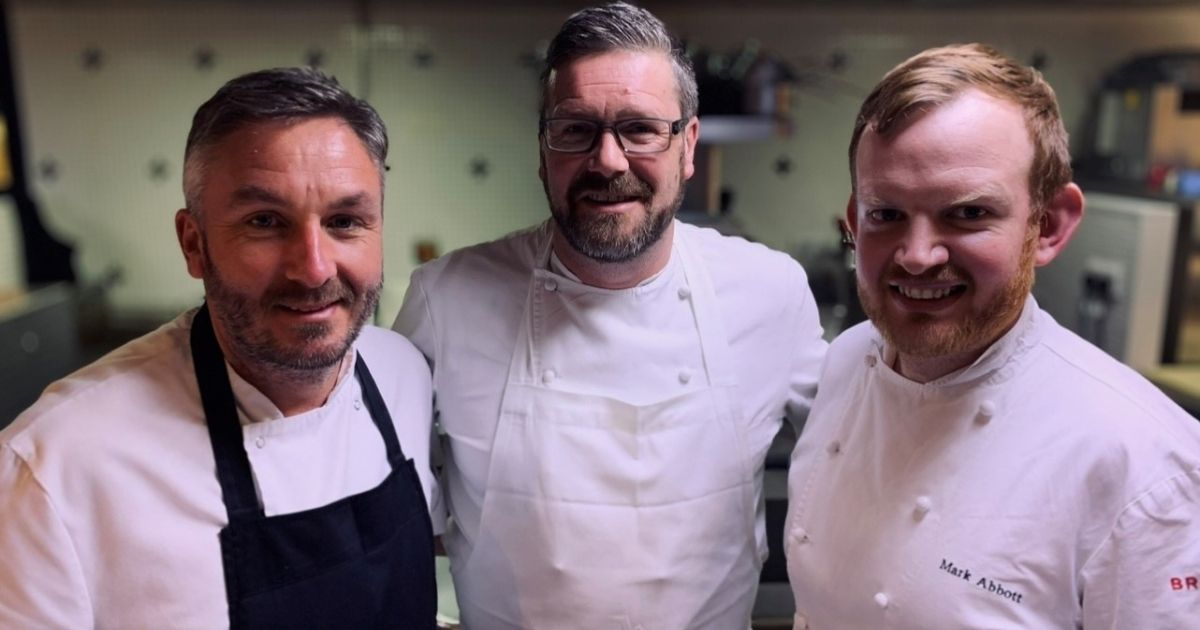 A former Borders College student, now considered one of the North East of Scotland’s most prominent chefs, is set to open his first restaurant, Amuse, in the heart of Aberdeen.

Kevin Dalgleish, who is originally from Hawick and now lives in Aberdeen with his family, began his hospitality journey at the College’s Hawick campus in the late 80s where he studied catering on a part-time basis, before going on to become a classically trained chef, working with the likes of the legendary Anton Edelman at The Savoy in London.

Moving back to Scotland, he became Head Chef for 10 years at the exclusive Ackergill Tower, where he started The Food of Love weekend. These events saw him joined by some of the country’s top culinary stars from Angela Hartnett and Anton Mosimann to co-host private dining weekends.

In 2012, Kevin joined The Chester Hotel in Aberdeen as Executive Chef where the concept evolved into The Signature Food Festival and became an annual event at the hotel.

Commenting on his time at College and how this benefited his career, Kevin said:

“Studying at Borders College gave me a great foundation for my career as a chef. The lecturers at the time were great and provided me with the start I needed, which helped develop my confidence to progress further.

“The industry is everchanging and I believe that there’s never been a better time to get into hospitality, with lots of opportunities available to youngsters. Many of the top chefs who I have worked with are now taking on new apprentices every year. My advice to budding chefs would be to find a good kitchen and an employer that looks after staff.”

Kevin’s new restaurant promises to offer a refined, yet relaxed dining experience, with the menu set to include seafood from the coast of Scotland and a selection of dishes using regional suppliers. The bar menu will include a selection of seasonal signature cocktails and champagne.

“This is a huge opportunity to breathe new life into the hospitality industry in the North-East. After years of running some of the best kitchens in the city and cooking alongside the best chefs in the UK, it’s the perfect time for me to take the jump and open my own place.”

Interested in studying Catering and Hospitality at Borders College? Find out about the courses on offer by clicking on the following link. https://www.borderscollege.ac.uk/course-search