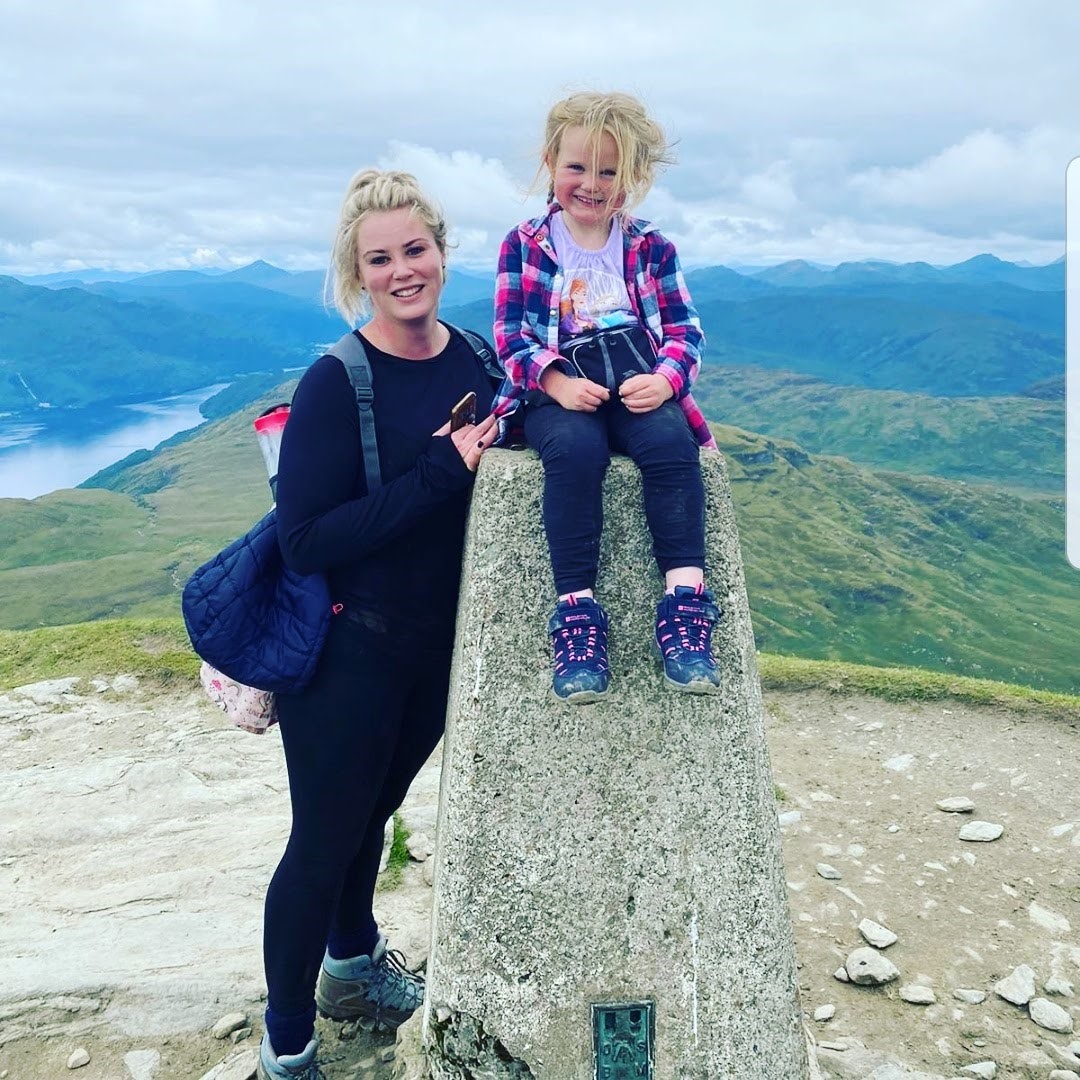 Borders College student Kirstie Crawford was recently featured in the Scottish Sun newspaper after she and her five-year-old daughter conquered six Munros in one year.

Kirstie from Pathhead, who studies on the HNC Animal Care programme, and super-fit Emilia, set out to scale half a dozen 3,000 feet-plus peaks along with their dog Max and two close friends.

Emilia celebrated turning five in June with a birthday cake at the summit of Schiehallion in Perthshire – a well-deserved treat after scaling 3,553 feet to reach the top.

During their epic feat, Emilia, Kirstie and the team scaled Britain’s highest peak Ben Nevis, which was a gruelling nine and a half hour trek. They also conquered mountains Ben Lomond, Beinn Ghlas, Ben Lawers and Ben Chonzie.

Kirstie, who is also a mum to Eva, 11 and Alyssa, ten commented:

“We only took up hill climbing last August after a friend suggested we try a few Munros. The biggest challenge for me was keeping up with Emilia. We took up the challenge thinking we would turn back if things became tough but Emilia did amazing and talked to everyone she met on the way.”

Kirstie and Emilia were joined on the treks by friends Michelle Naysmith, Euan Allan, who provided support along the way.

Well done to everyone involved – a fantastic achievement!